We have a three-year-old boy in our class who goes home each afternoon and tells his parents he does "fun things" all morning, but he never quite describes what those fun things are. I have found that this is a pretty typical response for a child his age, so I decided to make a photo documentary of his morning as an example of the typical day of a three-year-old (second-year-student) at Marlowe.

In the hustle and bustle of the morning, I missed the opportunity to snap a picture of every activity, but I think the following is a pretty accurate depiction: 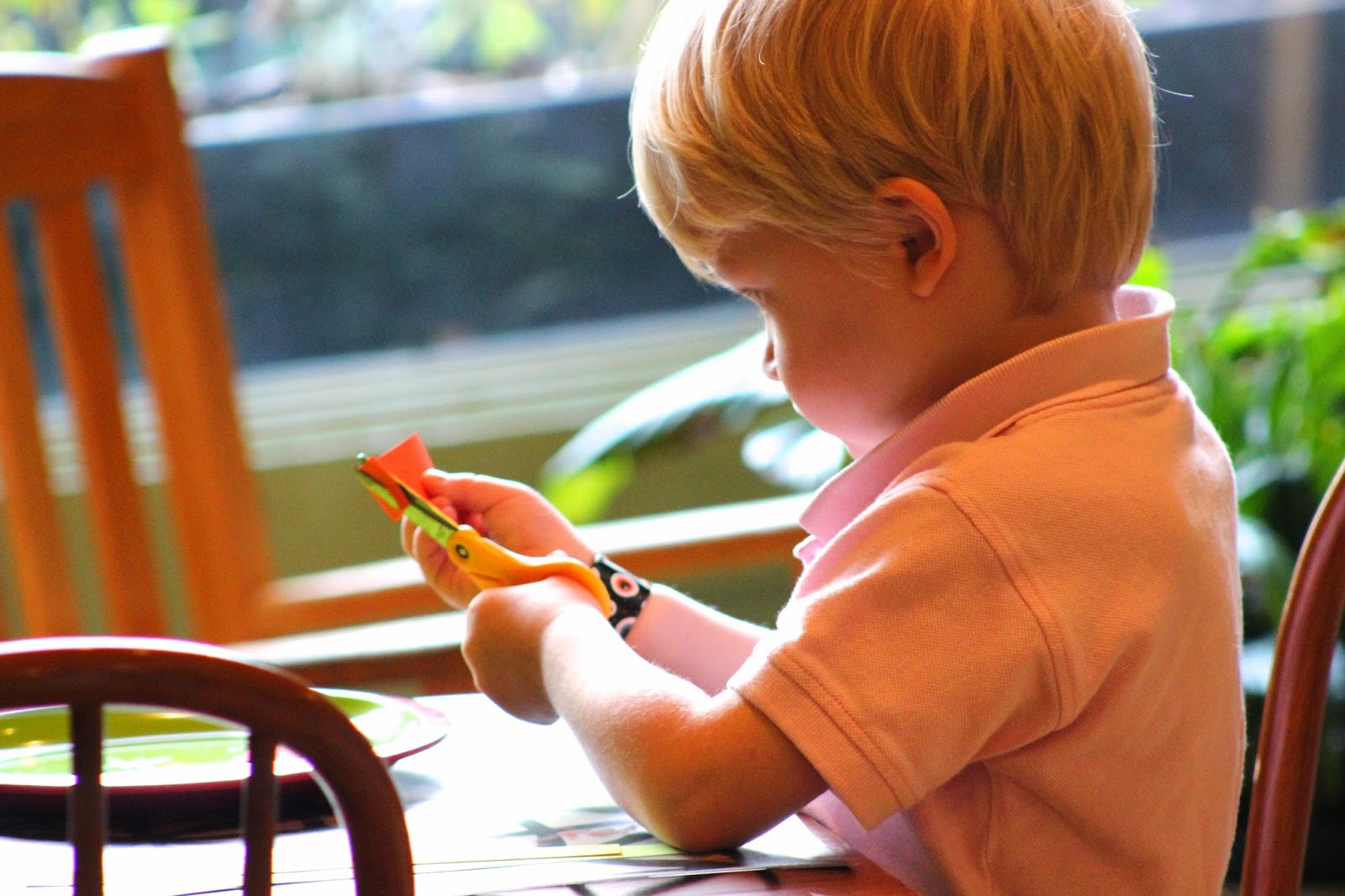 The first work choice I noticed this little boy picked is cutting. Many students pick an art activity first thing in the morning as a warm-up of sorts. He then went over and grabbed a handwriting sheet. I believe he practiced writing his numbers 0-9. 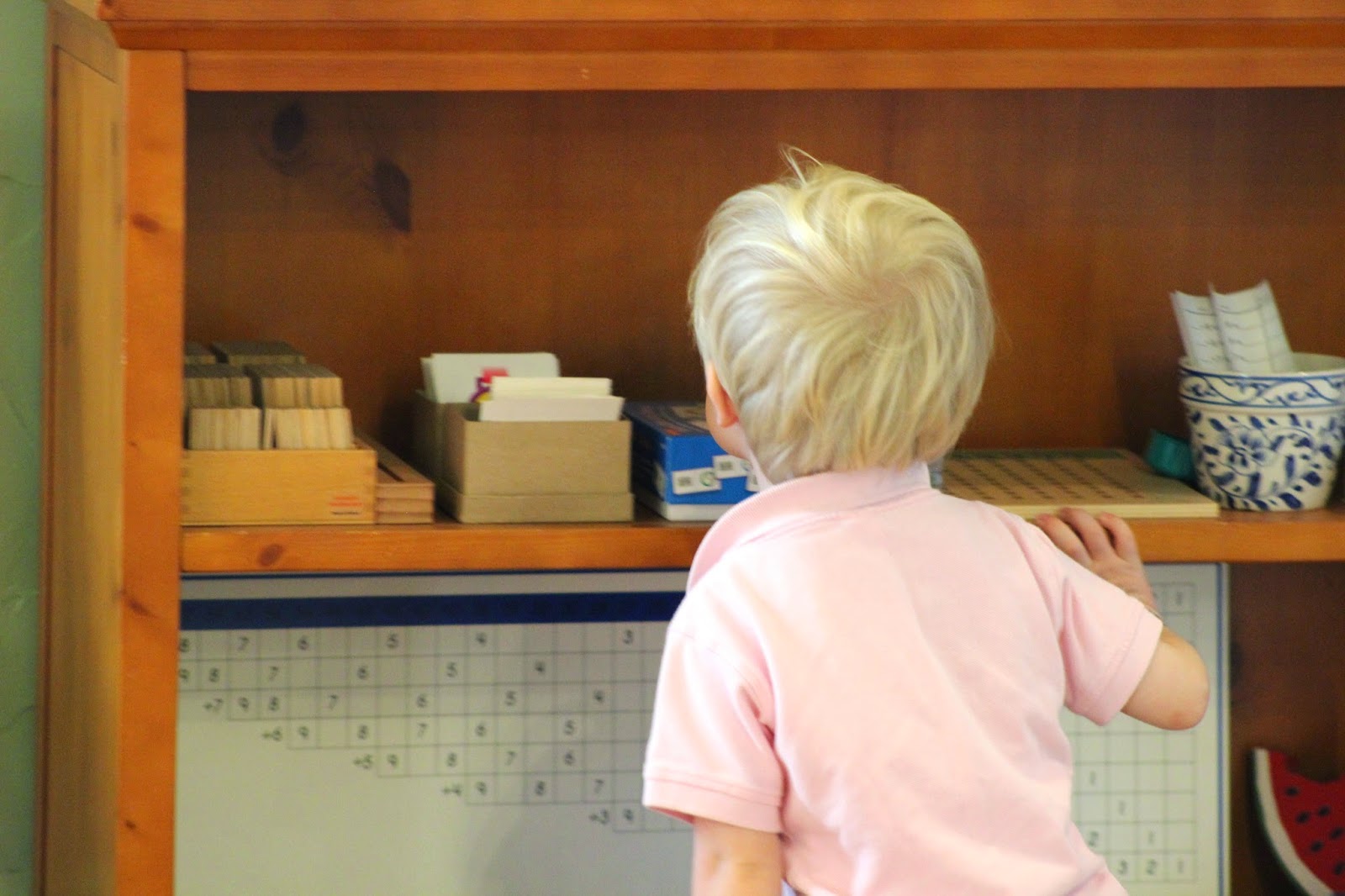 After cleaning up, he wandered over to the math shelves for some inspiration.

Three separate times, he took out two different fraction puzzles to mix up and reassemble.

After completing spindle box twice, he took out cards and counters.

He laid the counters out both in one row and then in two. 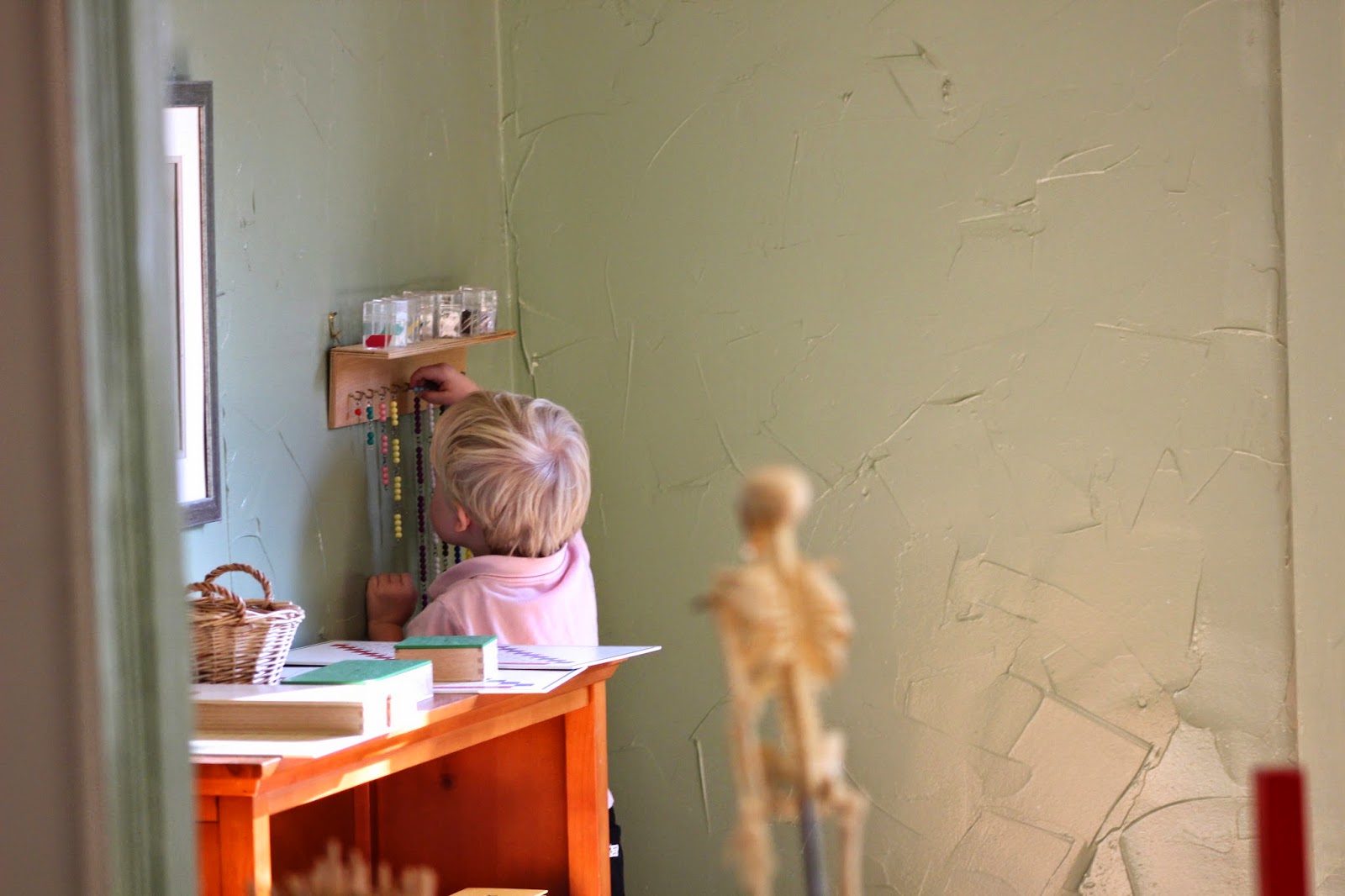 He labeled a bead chain (I missed taking a shot of it all laid out),

matched workers with their tools,

and then put together an opposite puzzle. 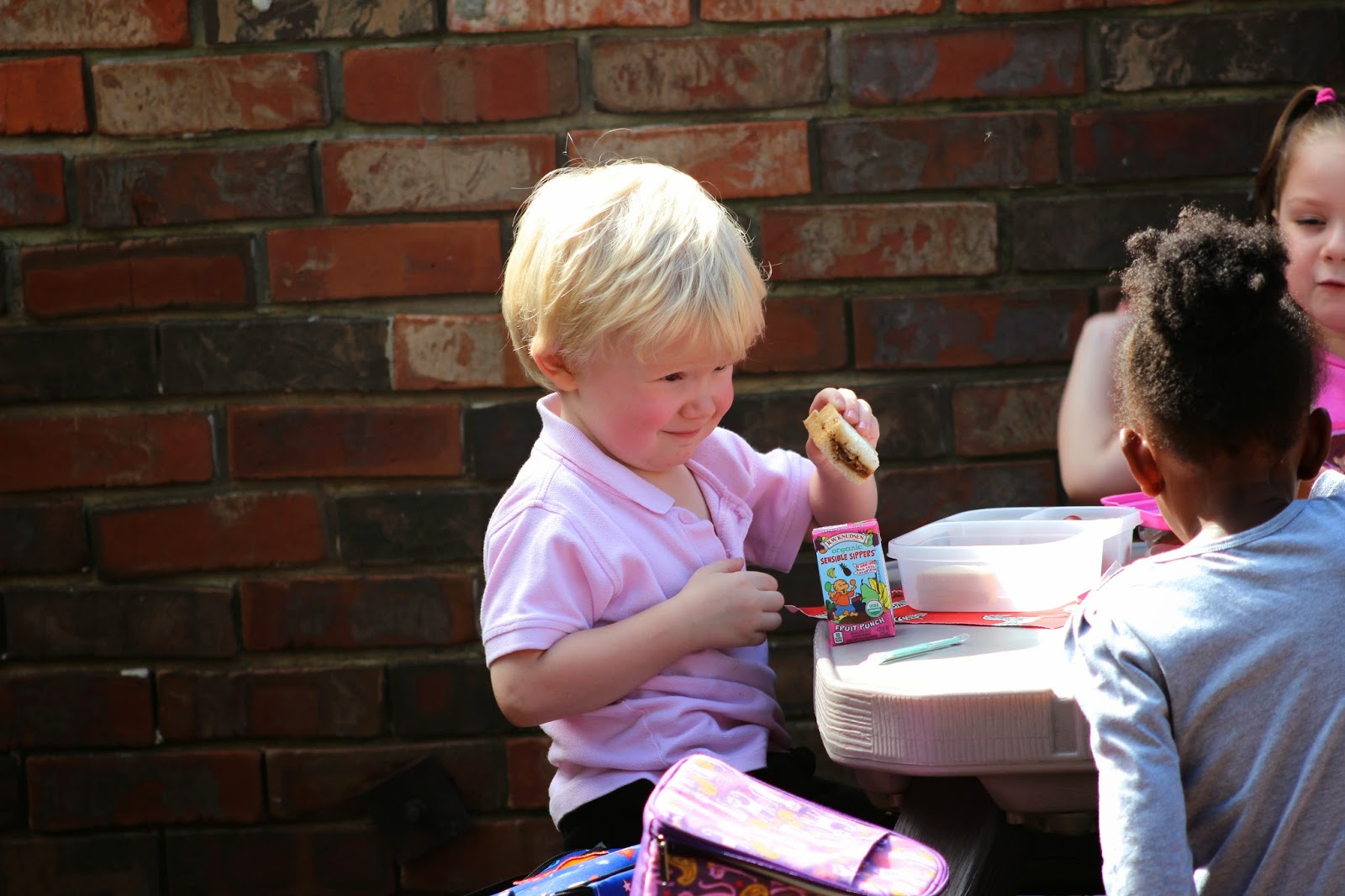 He enjoyed a picnic outside,

played ball with some friends,

counted, danced, and sang during "circle time," and listened to a story as he waited for his daddy to pick him up.

When he noticed his car pull up, he put on his backpack, stood by the door, and waited for a teacher to walk him out to the car.

Every child in the class today was working on a different activity, and tomorrow, our students may or may not do the same thing they did today; however, if you are ever wondering what your child is doing during his or her morning at Marlowe, you can be certain they were busy learning, growing, and doing other fun things.
Posted by The Marlowe School, LLC at 4:09 PM No comments: 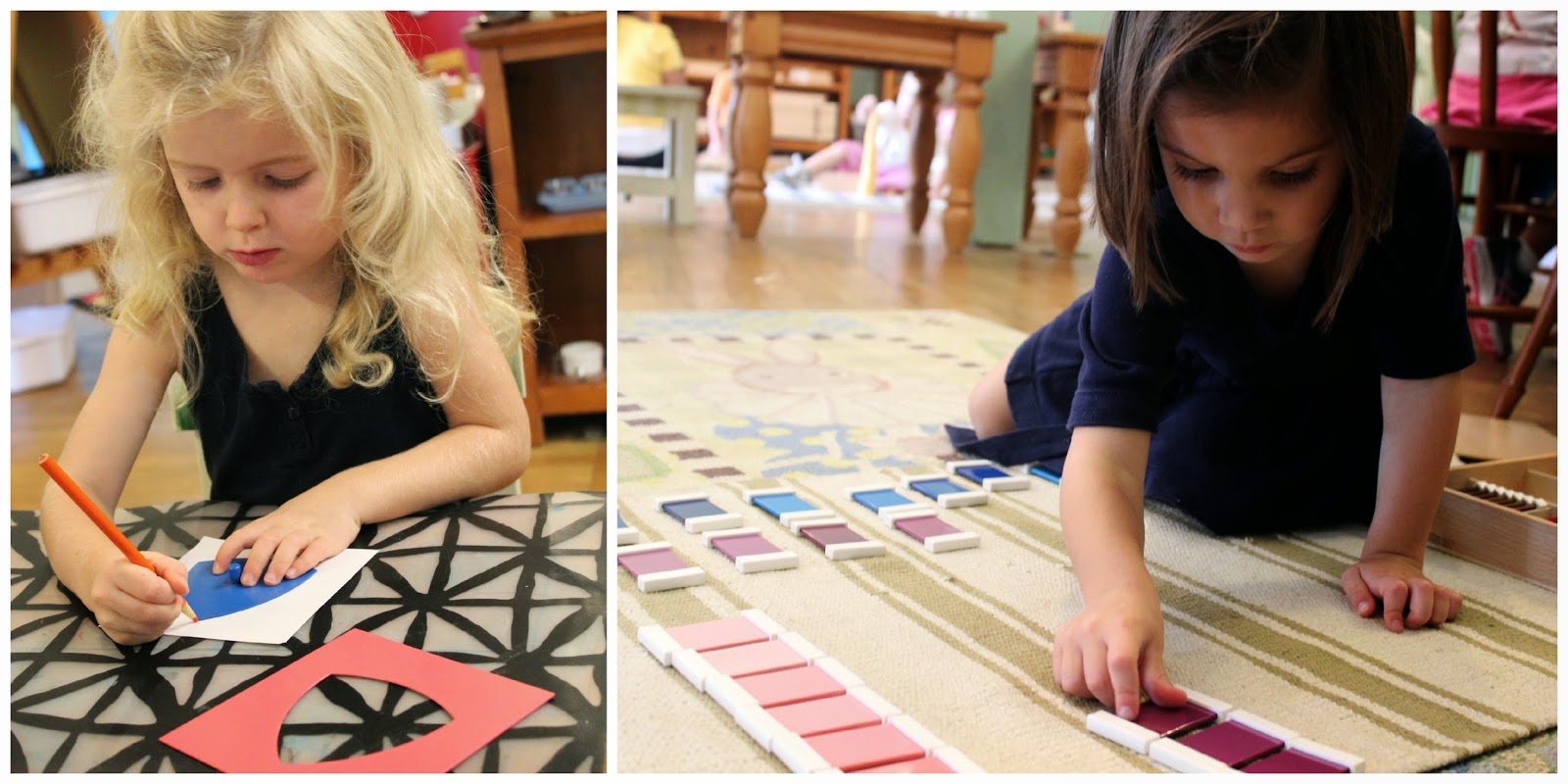 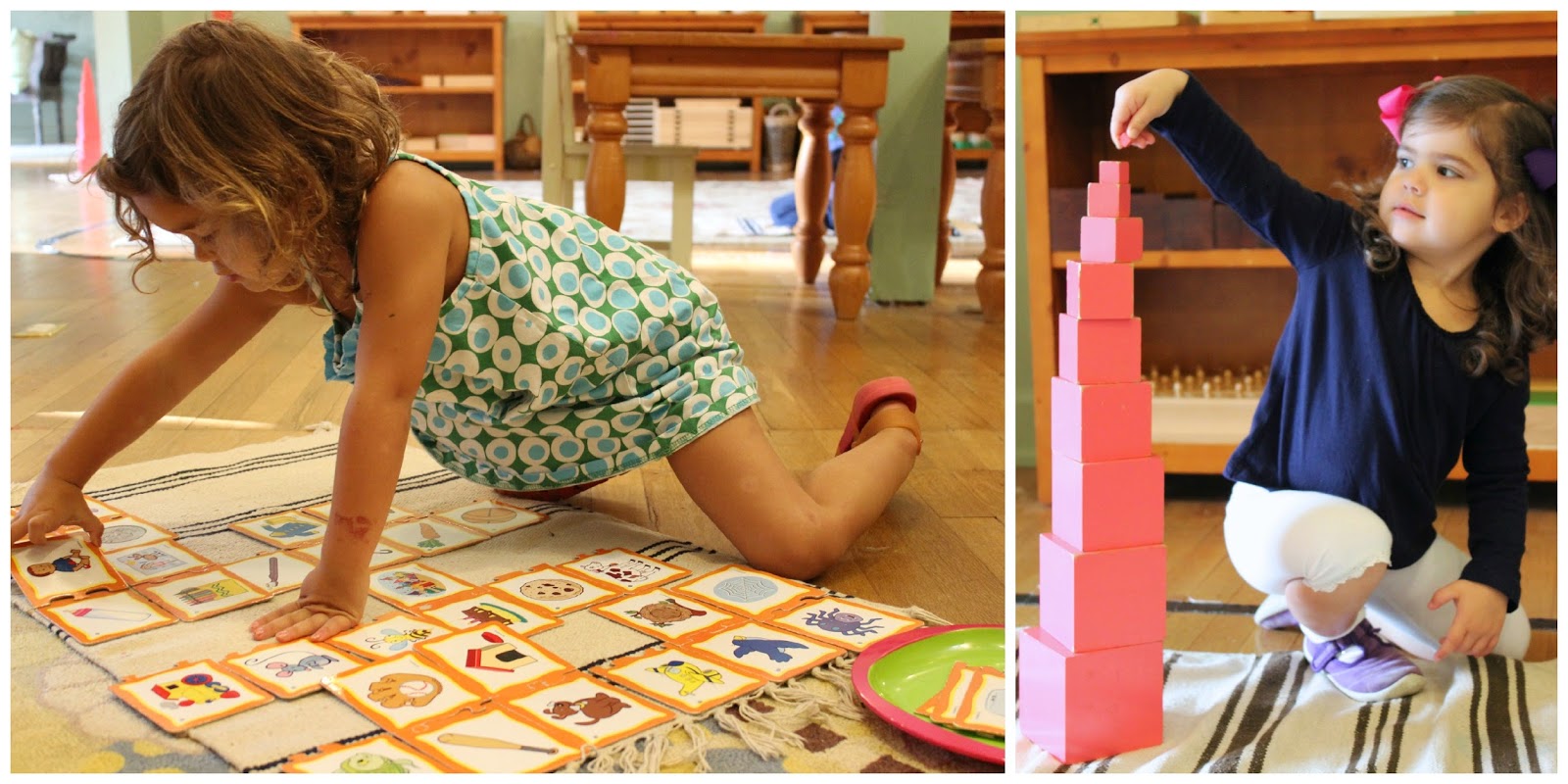 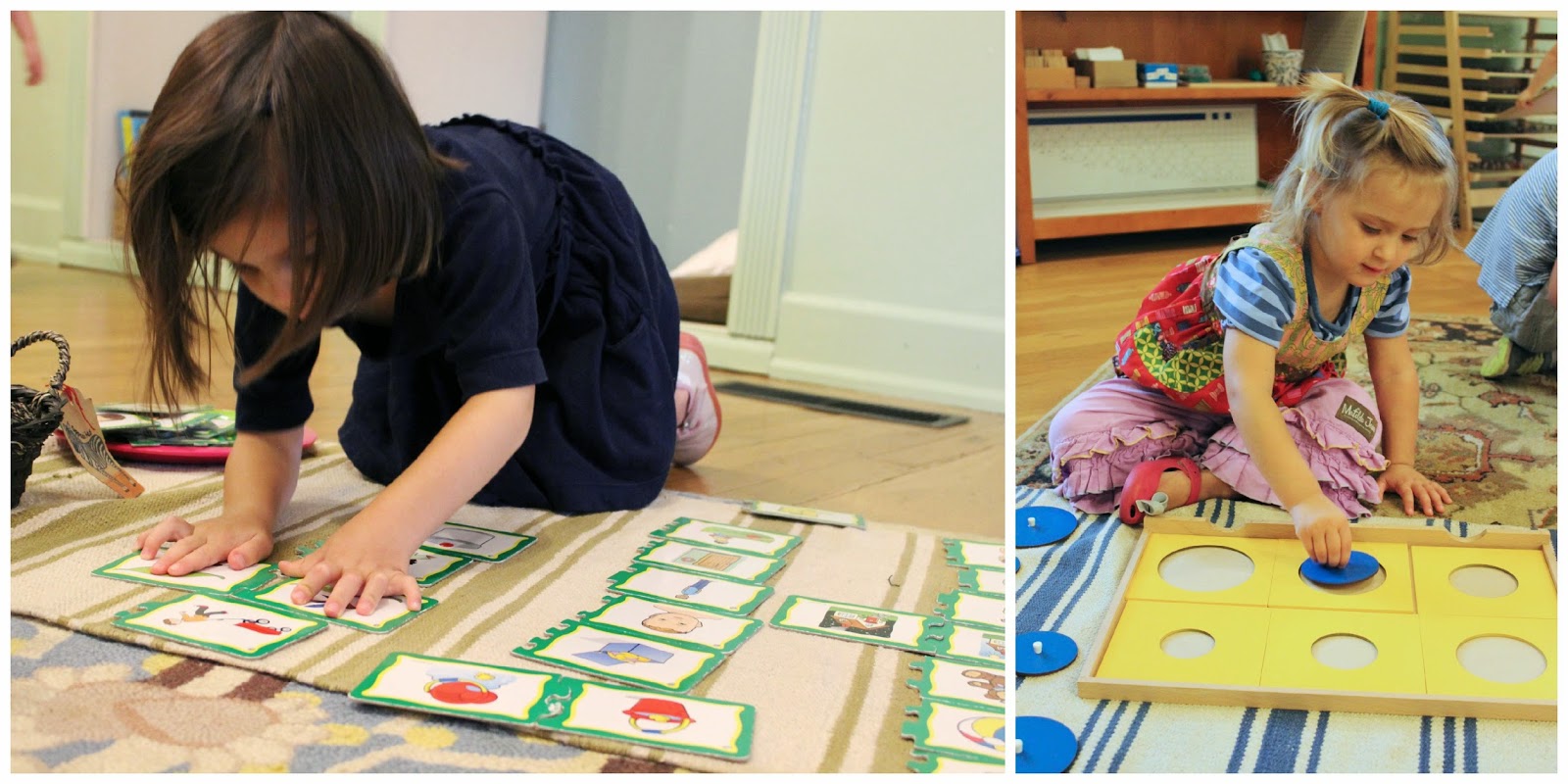 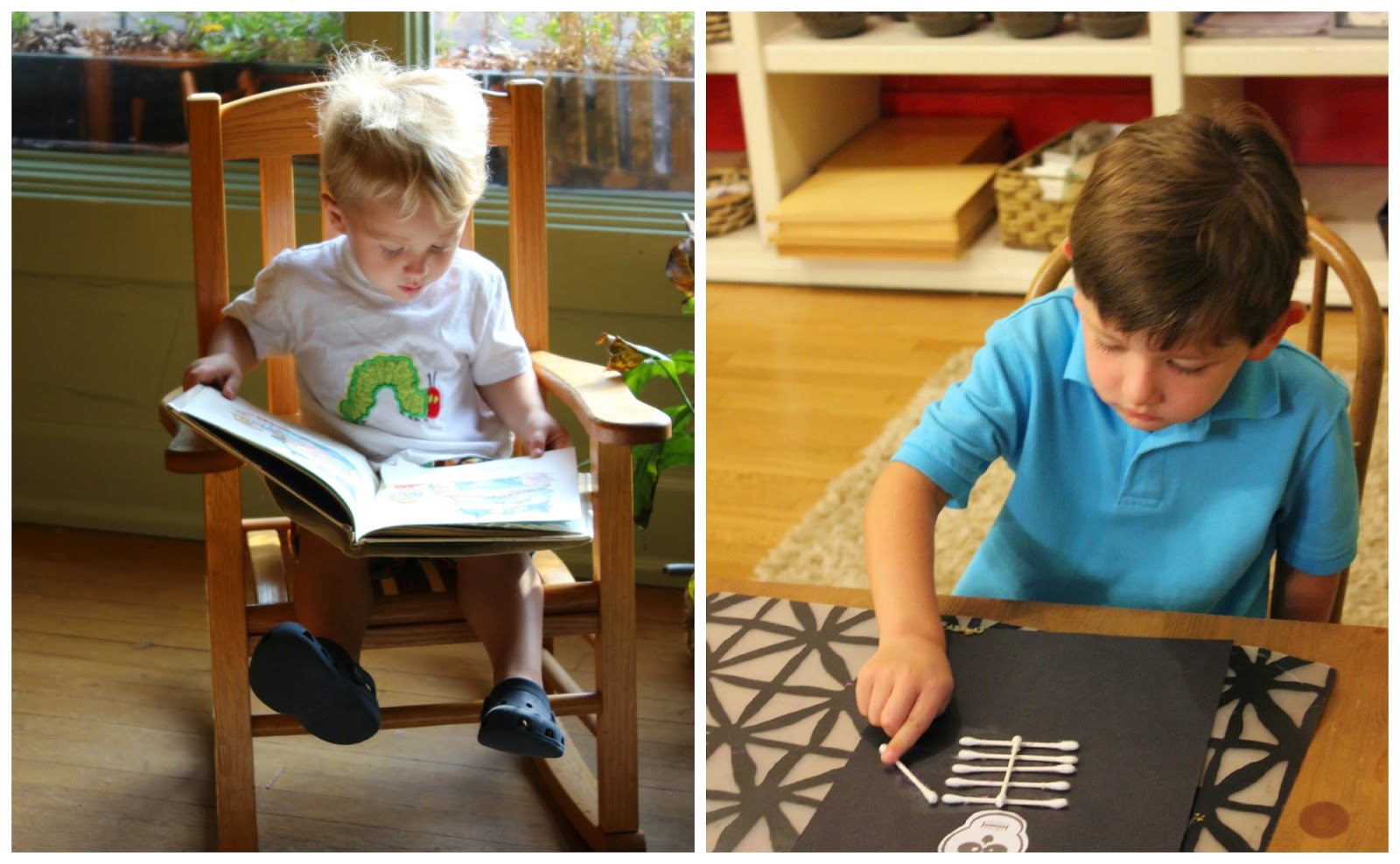 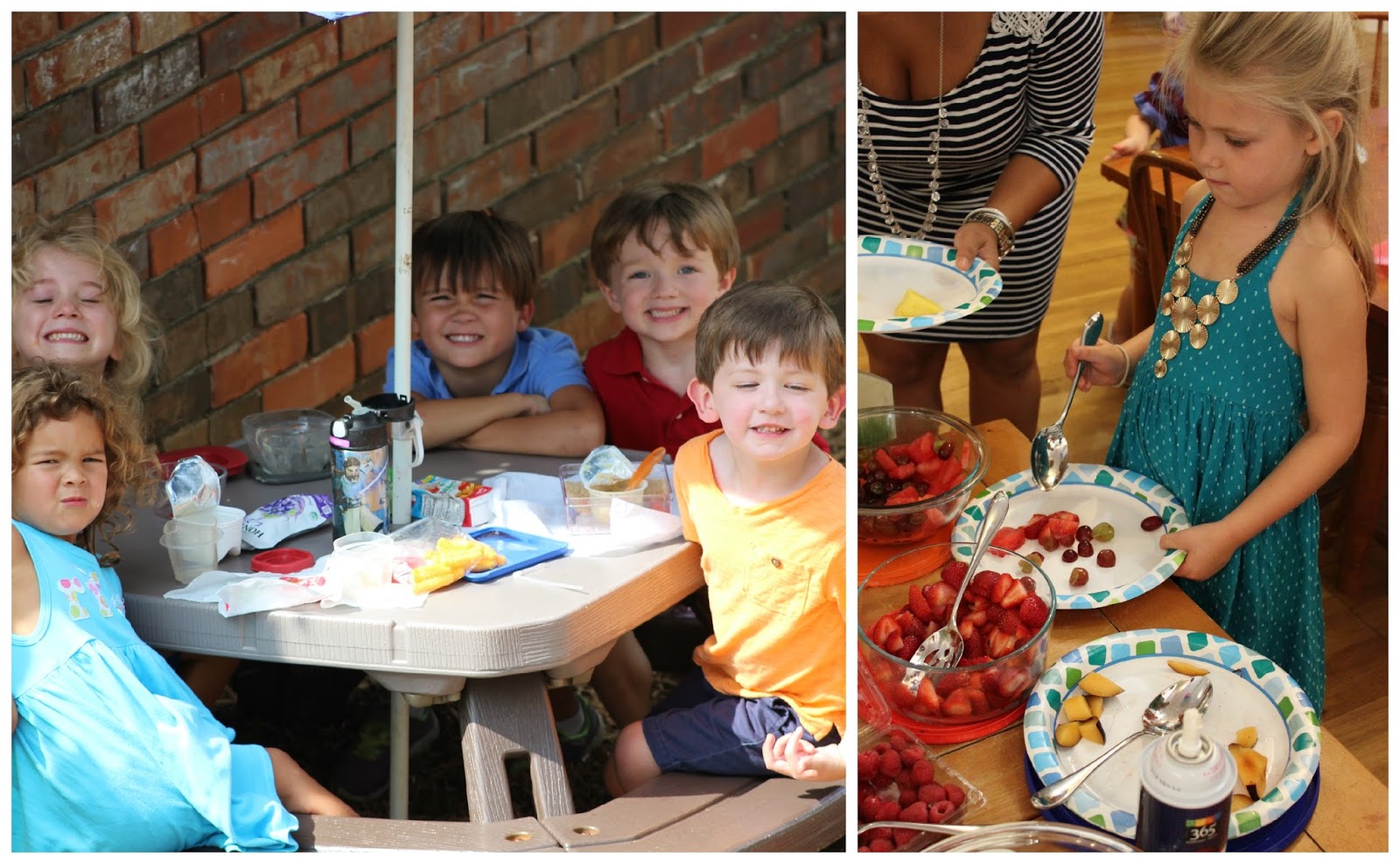 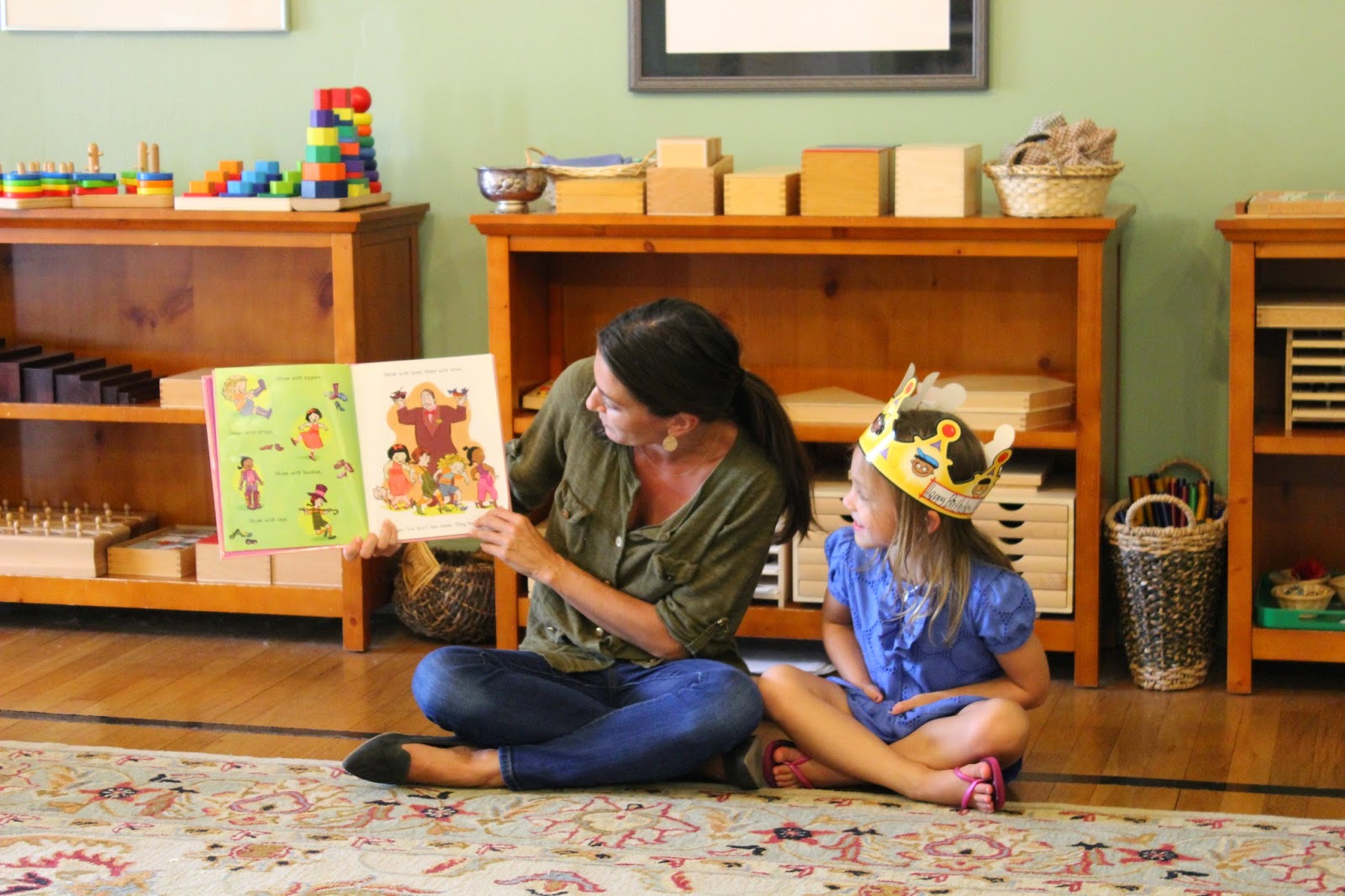 We can't wait to share all of our new projects and songs we've been learning at school!
Posted by The Marlowe School, LLC at 5:03 PM No comments: