I touched on the classroom dynamic that comes with the mixed-ages last month, but I cannot express just how much the children in the class love each other. There really is something to be said about spending five days a week with a group of friends in the same classroom for three, and sometimes four years. That amount of time is significant for anyone -- especially a preschooler. Sometimes, new parents can be skeptical about having their two-year-old in a class with five- and six-year-olds, but the littles just get doted on, and, I believe, the feelings are mutual. :)

While I often take quick snapshots of the children interacting, I rarely have the time to sit and record them. Luckily, a quick-thinking Ms. Roopal pulled out her phone and captured this precious interaction. (Please ignore my chatter -- I had no idea she was recording.)
One of our science experiments this month involved testing various solvents on Peeps. We took Coke, vinegar, laundry soap, and water, and noted their effects on the marshmallow treat. After 48 hours, we discovered that the harsh vinegar nearly dissolved our little yellow bunny, the Coke left an unsightly discolored residue (that peeled off when touched), the soap bleached the Peep, and the water left the bunny mostly intact (though a bit soggy). 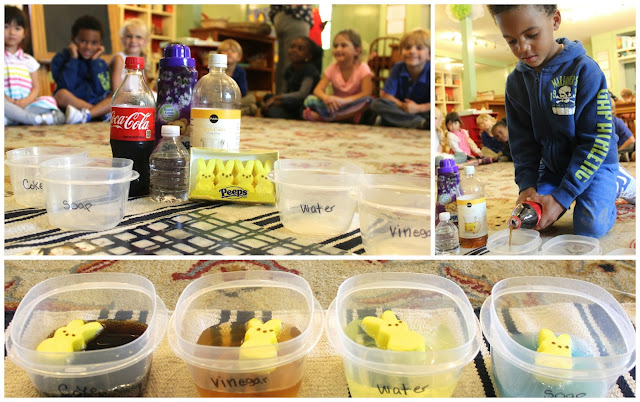 We used Fruit Loops to learn sequences and patterns.

The children helped spruce up our flowers and even grew some potted plants of their own. 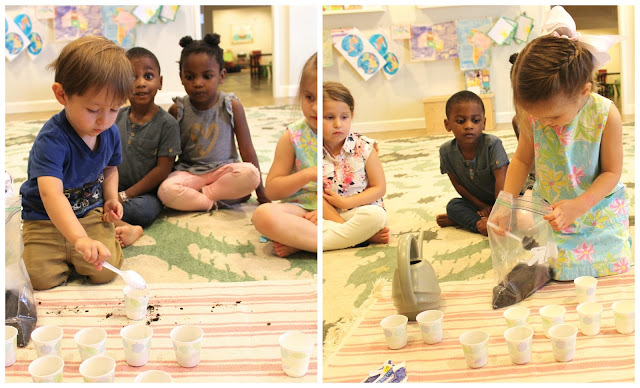 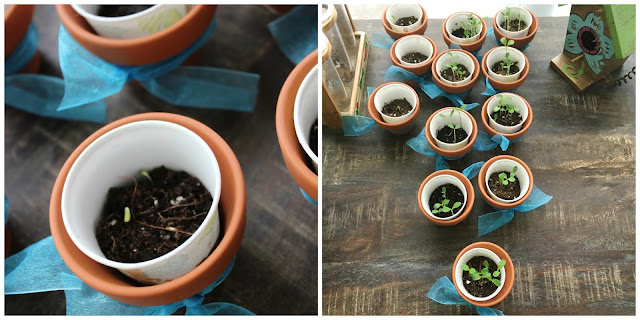 A Secret Chef came for a visit and helped us make a delicious parfait with imported Duch cookies. 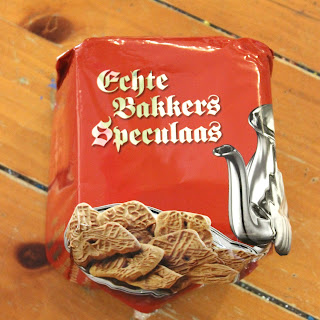 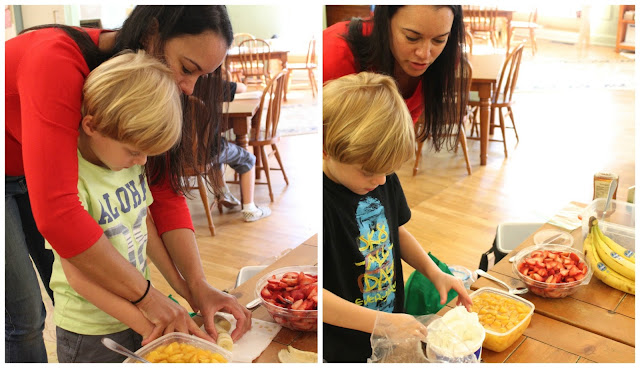 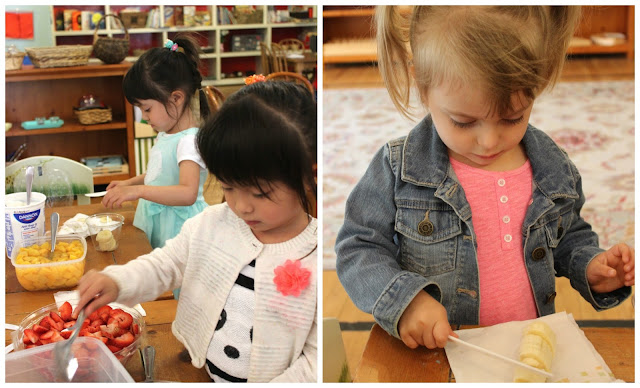 And no spring season would be complete without an egg hunt. 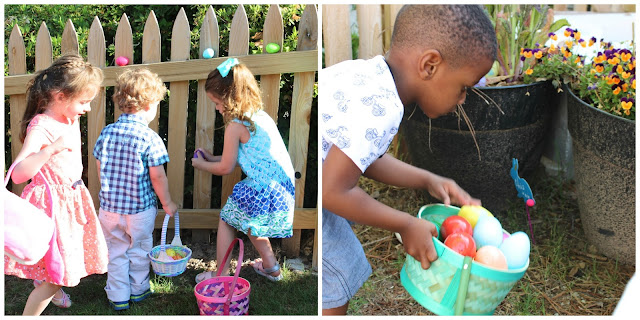 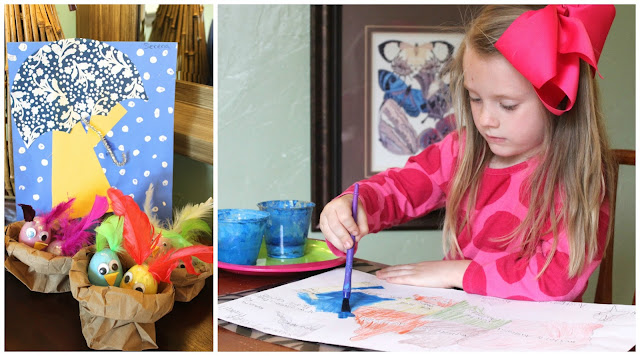 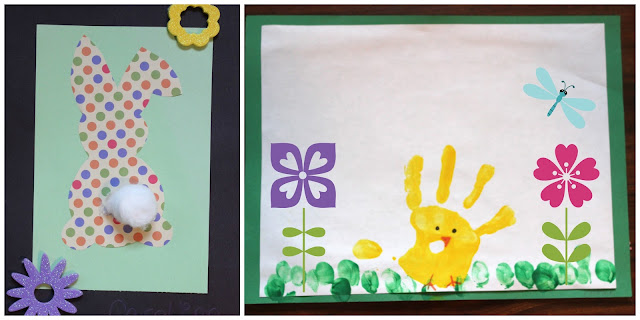 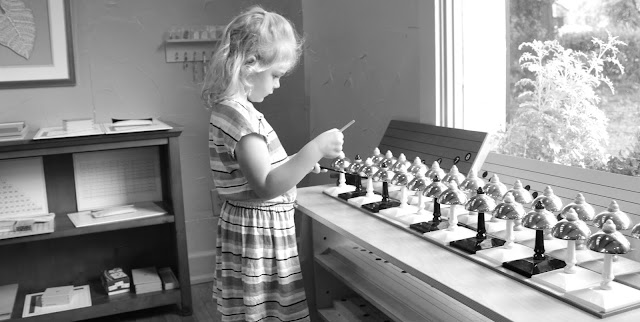 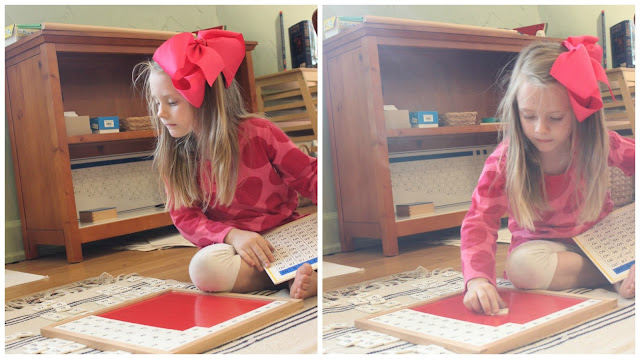 Three-and-a-half weeks left of school. How did that happen!! I can't wait to see what May has in store for us!
Posted by The Marlowe School, LLC at 3:51 PM No comments:

There are many reasons I love Montessori, but this past week (on two separate campuses), we were able to capture one of the happy by-products of a mixed-age classroom: spontaneous lessons from an older child to a younger one. Our older students are always happy to help their younger classmates and so lessons (as menial as hanging a coat or as complex as cubed roots) happen countless times throughout the day.

Our Montessori materials are designed to be used independently, and teachers give formal lessons. However, child-led lessons occur all the time. In one of the examples below, an older child was labeling the United States map when a wandering two-year-old decided to take a seat and observe. The older child immediately decided to turn the opportunity into a geography lesson and teach the younger student state names. Both children were able to benefit from this interaction - the younger child learned some new language, and the older child was able to build her skill and confidence.

Unintentional lessons occur just as often by children working alongside each other (on separate activities and never directly interacting). I was delighted when earlier this month, a young four-year-old learned subtraction by casually observing his older classmates.

Along with all the wonders and genius that come with a Montessori environment☺, we had a great month.  We were able to incorperate both St. Patrick's Day and Dr. Seuss's birthday into our activities. We made several rainbow crafts (including a fruit rainbow with whipped cream clouds), completed a directed drawing of the Cat in the Hat, and made "green eggs and ham". We also made celery change colors and are attempting to grow a new celery plant from the stalk base.

I hope you all are enjoying your Spring Break! See you in a week!! 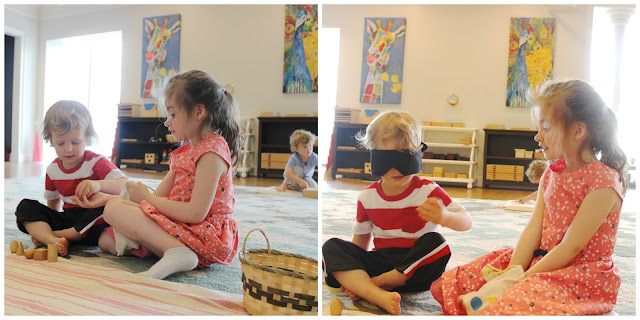 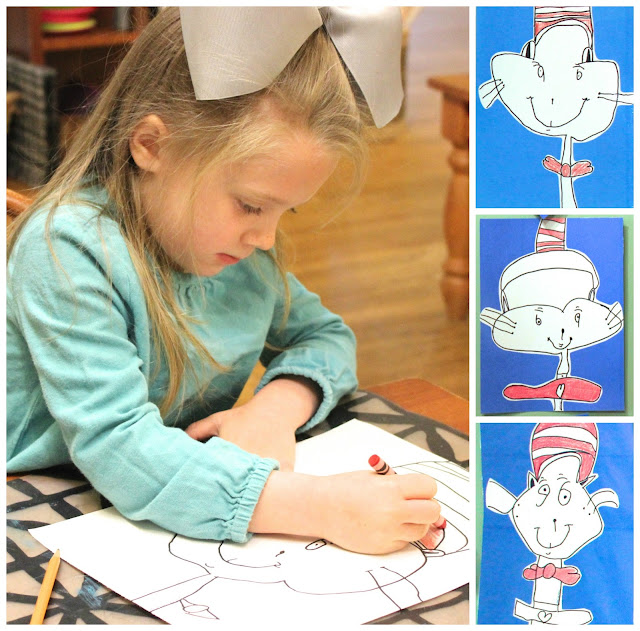 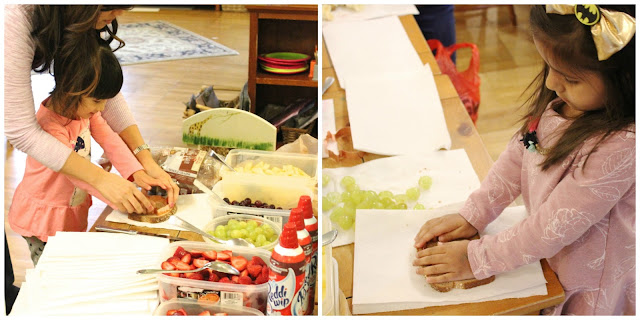 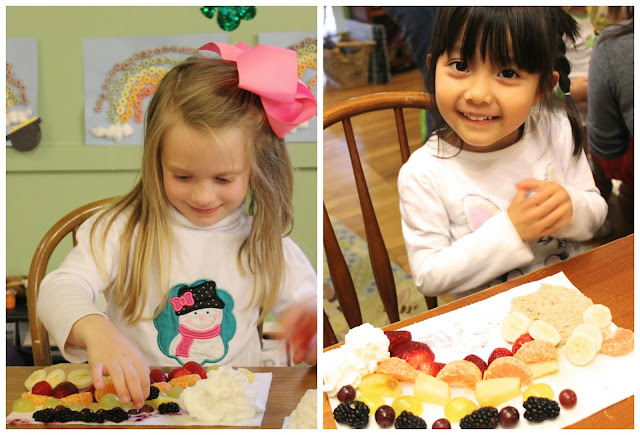 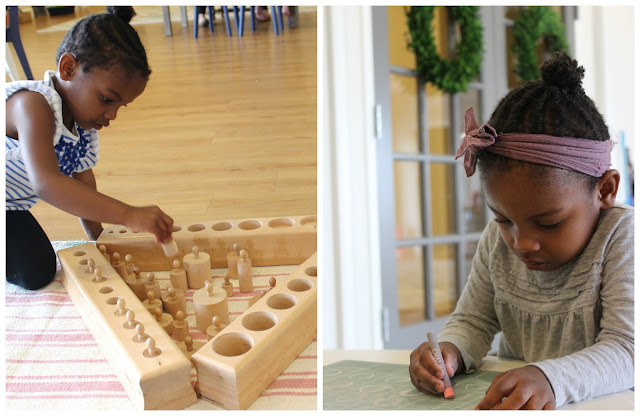 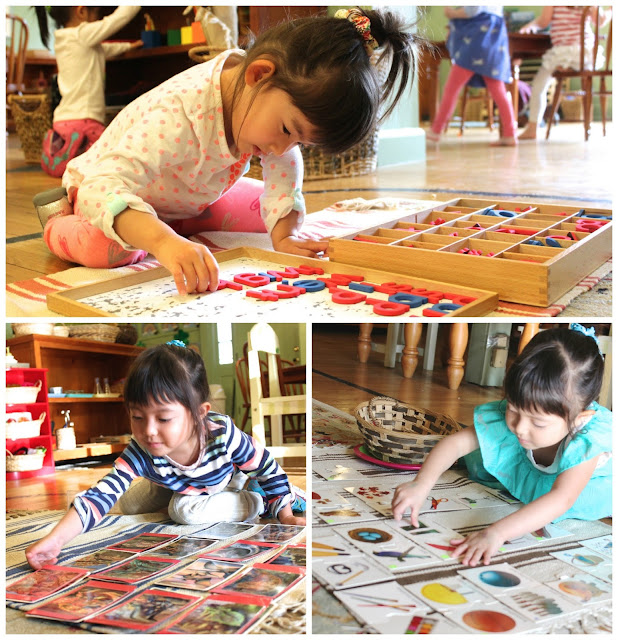 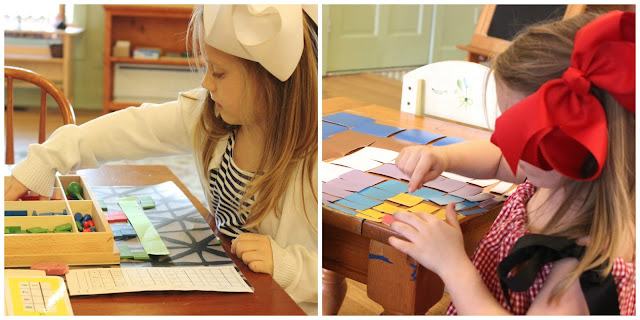 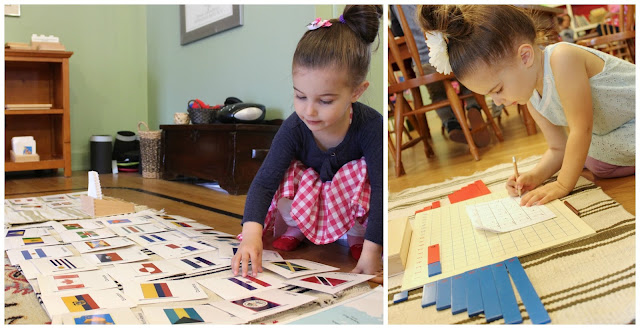 Posted by The Marlowe School, LLC at 5:16 AM No comments: